Merging History with the Future 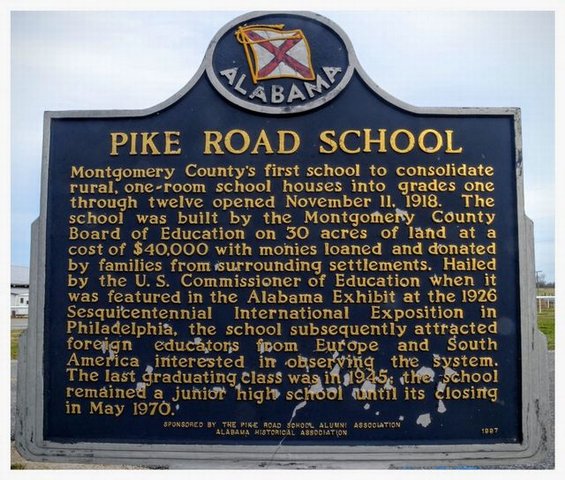 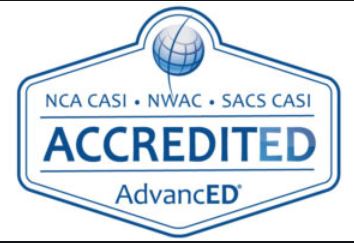 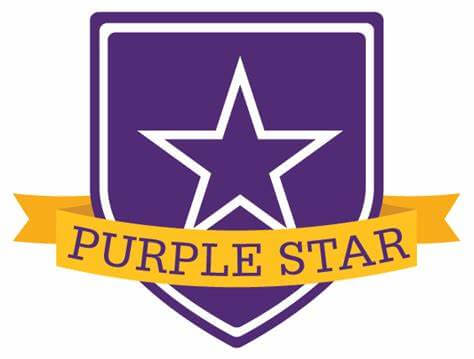 In the fall of 1918, the Montgomery County Board of Education opened the Pike Road School. It originally sat on thirty acres and cost $40,000. The school's concept was novel enough to have it included as part of Alabama's exhibit eight years later at the Sesqui-Centennial International Exposition, a 1926 world's fair in Philadelphia. The school had 27 graduating classes, and from 1945 to 1970 it continued to operate as a junior high school.

In 2010, the town of Pike Road created the Pike Road Schools system, and on August 13, 2015 the new Pike Road School opened off Marler Road. This building houses students in grades K-8. In October 2015, Pike Road announced they had purchased the old Pike Road School building, as well as the surrounding 26 acres, with plans to renovate the building and open for the beginning of the 2017-18 school year. (Courtesy of The Goat Hill History Blog)

The Historic Marker that stands in front of the newly renovated building states, "Pike Road School: Montgomery County's first school to consolidate rural, one-room school houses into grades one through twelve opened November 11, 1918. The school was built by the Montgomery County Board of Education on 30 acres of land at a cost of $40,000 with monies loaned and donated by families from surrounding settlements. Hailed by the U.S. Commissioner of Education when it was featured in the Alabama Exhibit at the 1926 Sesquicentennial International Exposition in Philadelphia, the school subsequently attracted foreign educators from Europe and South America interested in observing the system. The last graduating class was in 1945; the school remained a junior high school until its closing in May 1970." -- Sponsored by the Pike Road School Alumni Association - Alabama Historical Association - 1997

In August of 2017, the newly renovated Pike Road Historic School opened its doors to 480 students in grades 7-10. In October of 2017, the newly renovated school was dedicated to the community via a celebration which included students, faculty and administrators from the previous era. Over 70 alumnus of Pike Road School attended the ceremony. Mayor Gordon Stone officiated the event and stated, "Tonight is a celebration of the history of Pike Road School connecting with the future. It's an opportunity for those a part of this school in its original days to see what they have done for the students that are here today." The opening of a brand new school is both an incredible opportunity and challenging. The major challenge facing school leaders is the increasing enrollment with limited space. In June of 2018, the Pike Road School System confirmed the purchase of the nearby Georgia Washington Campus to house grades 8-12.